The gently curved triangular shape of the furniture store is drawn from its distinctive location on the Dreispitz roundabout. Flanked by the historic Kandertalbahn railway and the B3 road, this heterogeneous environment demanded an architectural language that would provide orientation and a recognition effect. The resulting building struts its stuff with confidence and a strong identity. At the same time, it fits right in with the environment, as if it was meant to be. The palette of colours, including the grass-covered roof, makes the structure appear to be part of the natural environment.

The furniture store is entirely enveloped in a sheath of aluminium mesh, allowing the building to change character depending on the time of day and viewer's orientation. The perspective, light and colour of the intermediate spaces cause the façade to shimmer: In the golden light of morning, the mesh structure comes into its own; in the afternoon, the shadows of the wall brackets set a rhythm. In the evenings, however, the building façade has a bronze glow, as if echoing the sunset.

This sculptural construction harmonizes the warm colour of anodized metal with the natural green hues of nature. The elegantly shimmering building does not appear bulky or cumbersome. Rather, its pleasant lightness raises the value of the location rather than dominating it. Generous cutouts in the façade, strategically situated at the lobby and restaurant as well as the children's department and administrative offices, permit a multitude of visual connections to the outside and the inside. Thus the furniture store interacts with its environment. 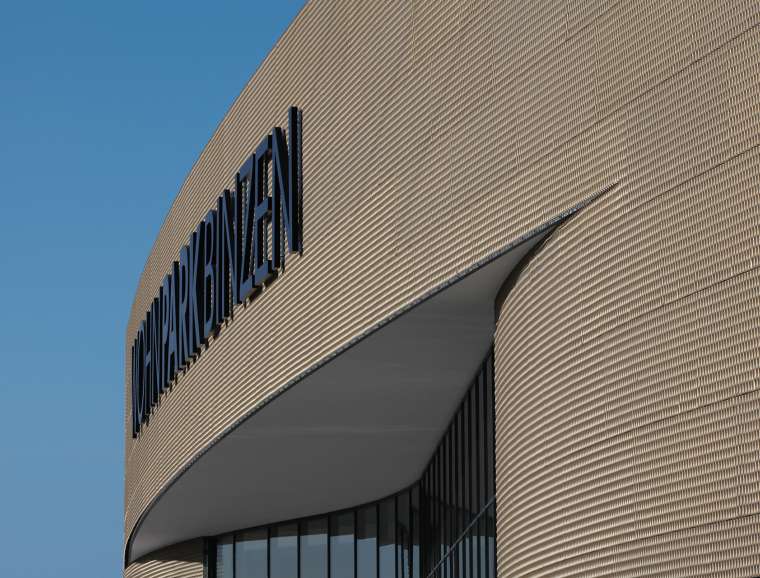 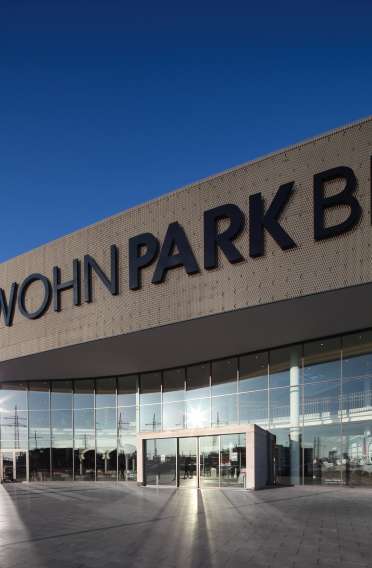 The structure's elegant movement continues within. Like a mirror image of the façade, the gallery corners, walls, bridges and walkways seem to swing through the space in various radii. The entire building follows this special geometry. The main usable area is subdivided into 20,000 square meters of sales and special zones; the remaining floor space is divided between warehouse and administrative zones.

Consistent design principles ensure a harmonious overall appearance. The centrepiece is a three-storey hall with three retail floors and a large skylight overhead, ensuring a bright and welcoming atmosphere. This is where the escalators and the panoramic lift are located; and it is also a crossroads for customers. Visitors are quickly able to figure out the lay of the land and find their way around.

The building is pleasing not only because of its design features and functional details, but also because of its cutting-edge green technology. The project is to be certified as a green building according to the strict standards of the German Sustainable Building Council (DGNB). To that end, the architects used a highly insulated outer shell to minimize energy consumption; low-emission materials; and roof plantings as a climate buffer and link to the surroundings. 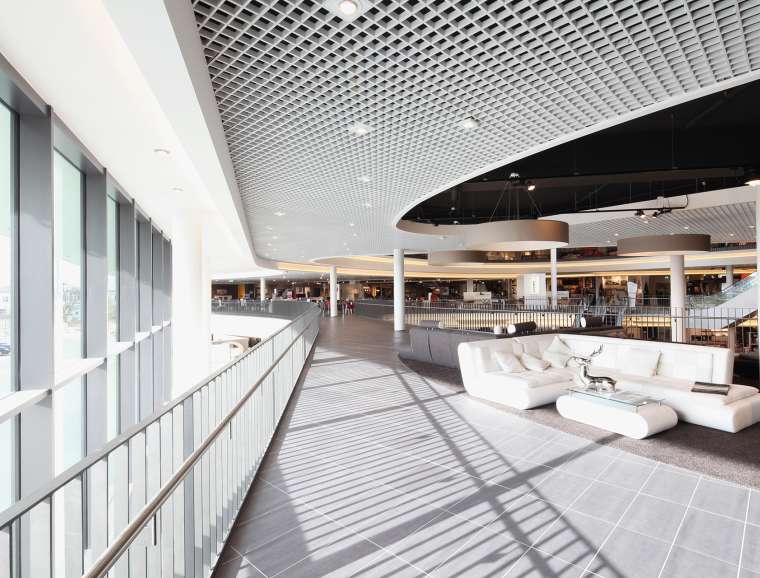 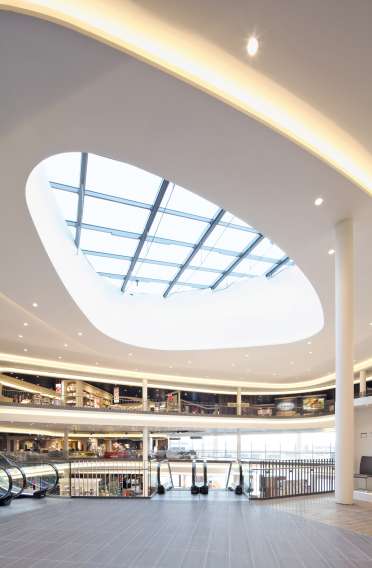 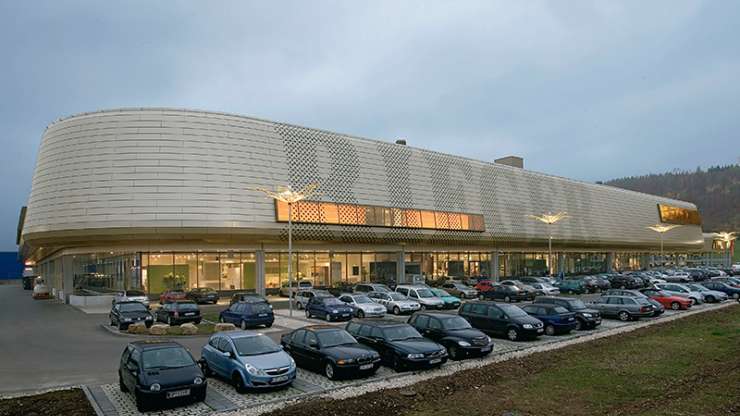 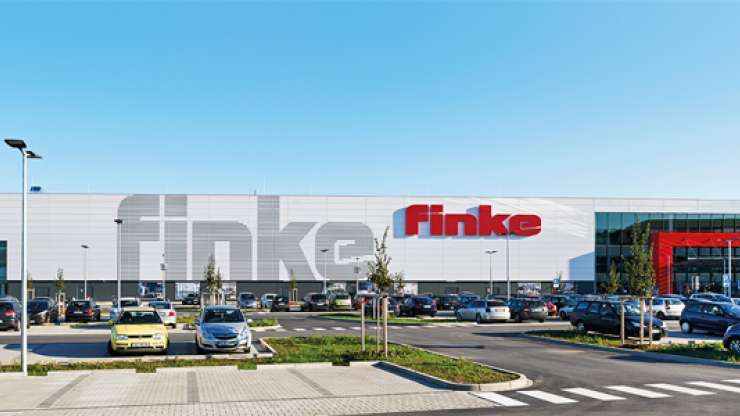 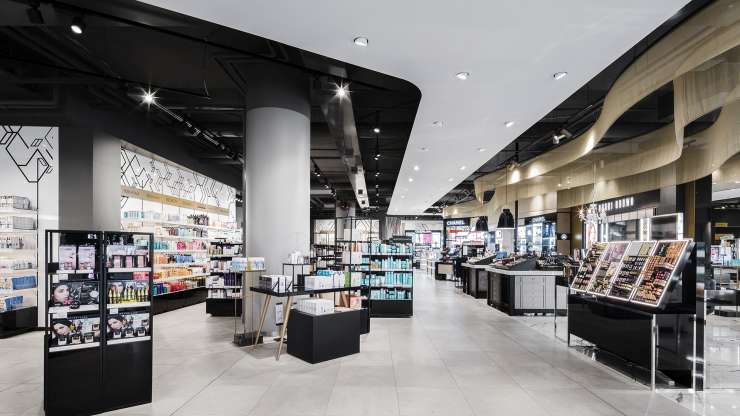 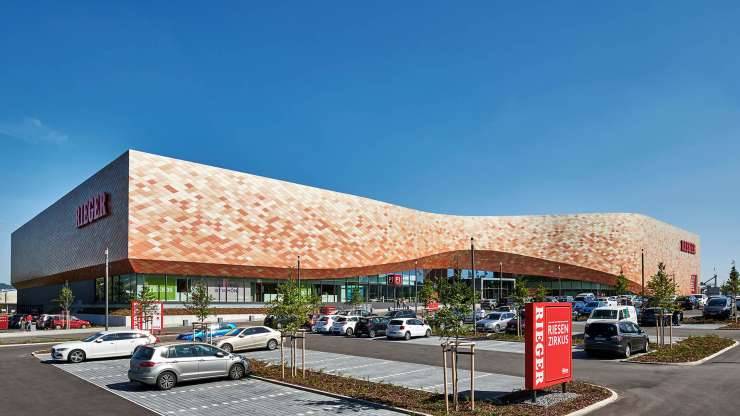