For the future area at Wiener Platz, blocher partners are developing an innovative, urban mixed-use residential quarter with a model character in the southern construction field. In the immediate vicinity of the Feuerbach train station, Lot 1 will provide space for different types of housing as well as gastronomy, a day care facility and a commercial unit on the first floor.

The inner-city perimeter block development derived from the specifications of the development plan adopts significant spatial edges and heights from the surroundings, developing from them small-scale cubatures with diverse facades while at the same time maintaining a high degree of density. Diverse façades emphasize the house-by-house structure and create both a differentiated appearance of the street and a high-quality framework for the green inner courtyard. The project follows the claim to make a valuable contribution to future neighborhood development at this prominent inner-city location as part of the IBA'27 network.

The urban development concept is based on the developed planning for the entire area. In Lot 1, a total of 68 apartments will be built between Burgenlandstrasse and Wiener Platz in the north/east and Kremser Strasse in the south, some of them subsidized or with indirect occupancy as well as for special needs, with living spaces ranging from 23 to 105 square meters. The apartments with 1 to 5 rooms are spread over the five upper floors; on the first floor, a restaurant, a day care center, an outpatient service and other businesses round off the diverse offering. The first floor zone is designed as a continuous, 4.50-meter-high entrance zone that accommodates all program modules as well as building entrances and the entrance/exit of the quarter's underground garage.

The volume of the six-story structure is divided into three houses - two corner buildings and a central building. Each house is given its own façade principle - developed from the internal organization of the housing mix - which gives it a distinct identity. While House A is structured by loggias, which each of the small residential units enjoys, the open arcade access of House B contributes to a communicative character of the inner courtyard. House C forms a strong conclusion of the ensemble to the south with an urban, vertical façade structure without incisions. 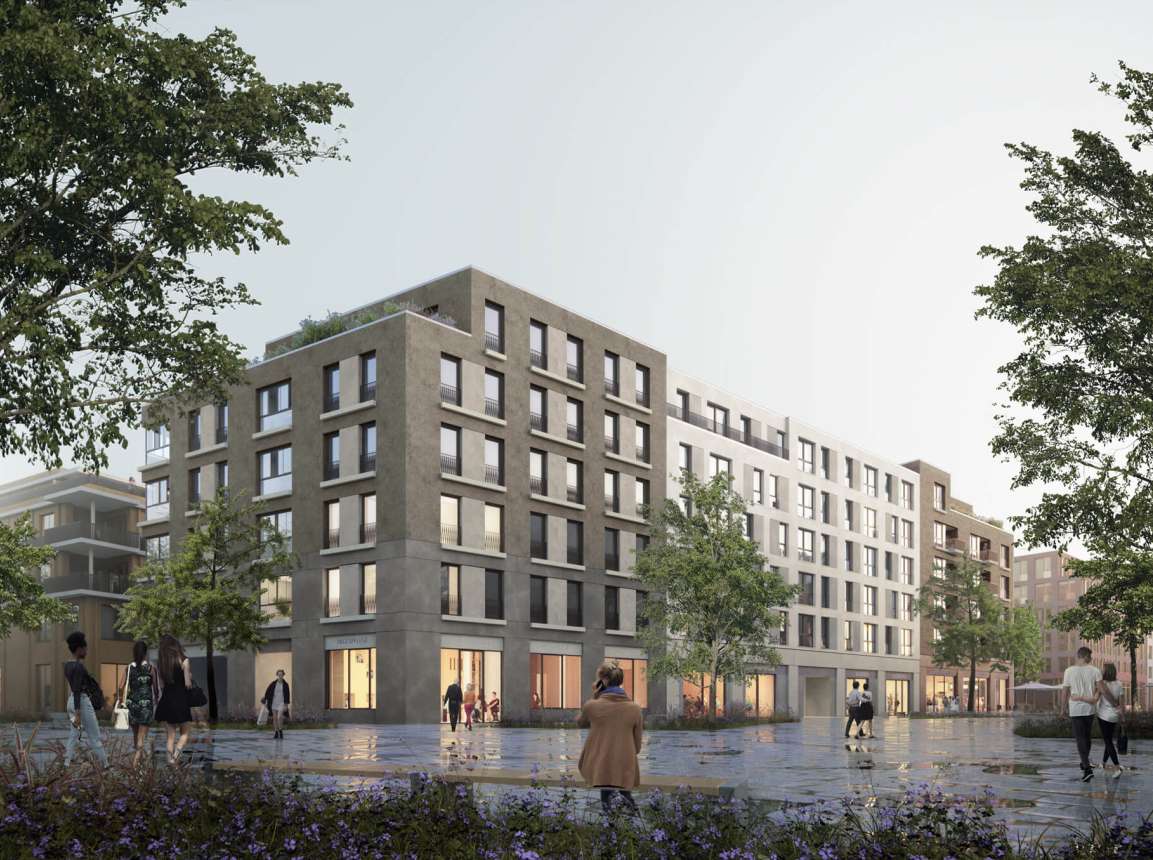 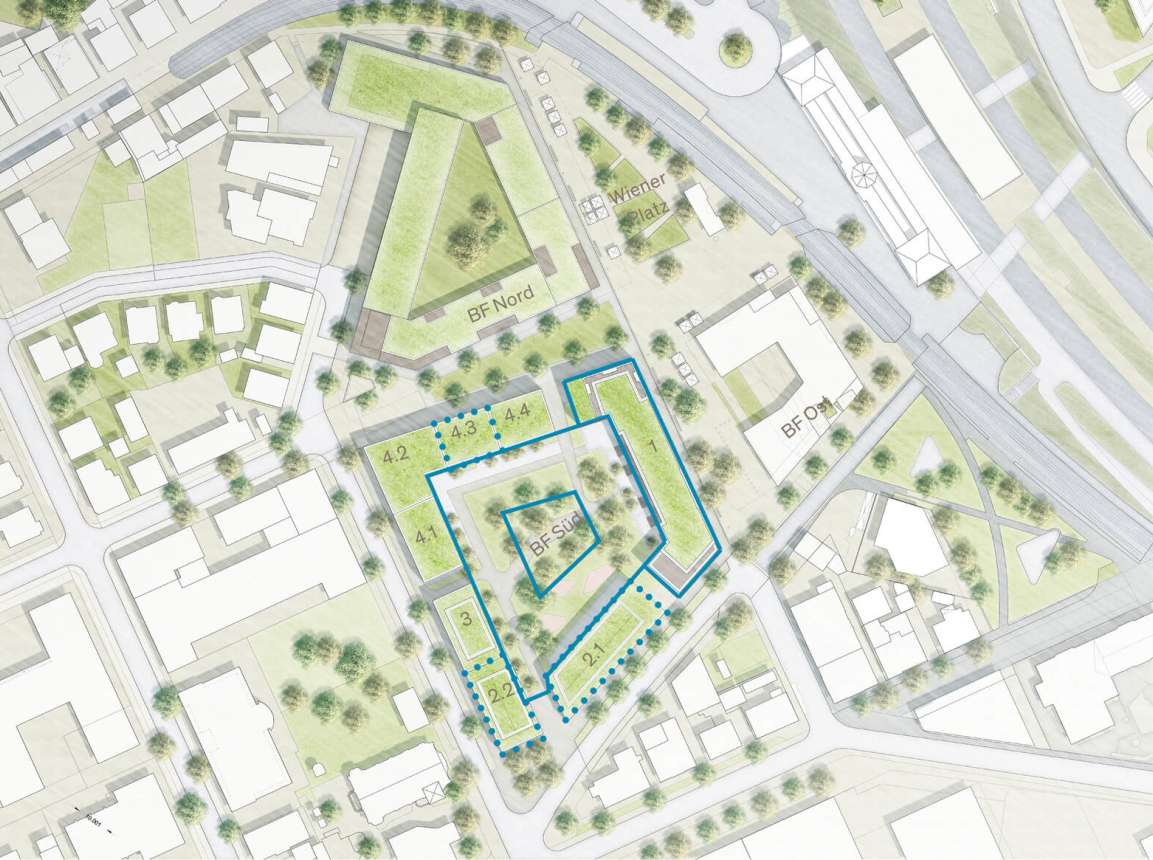 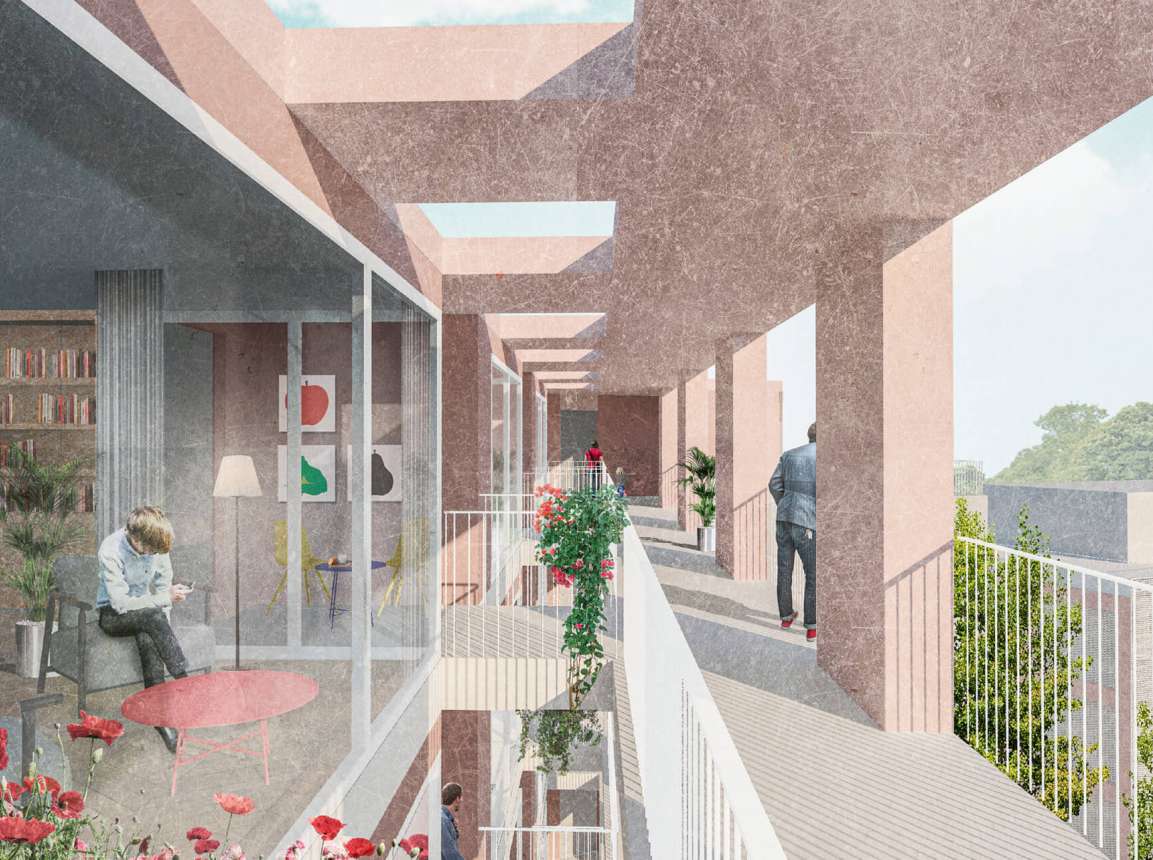 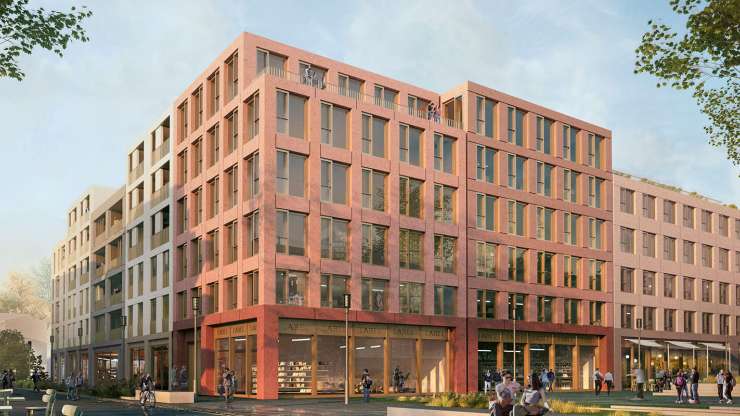 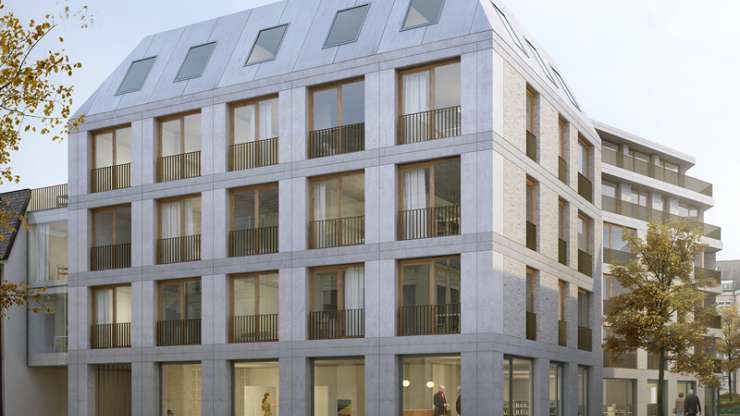 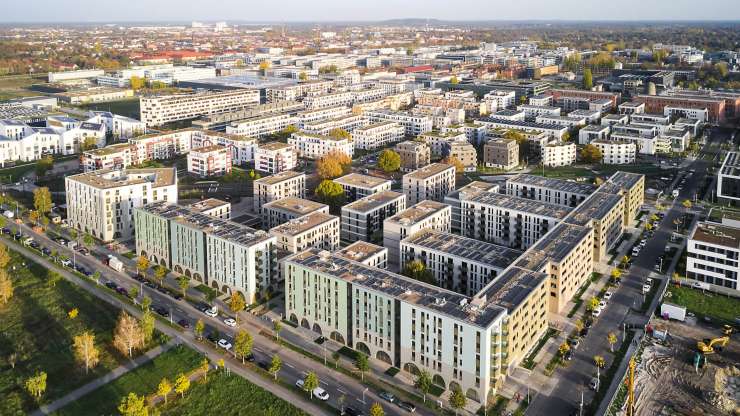 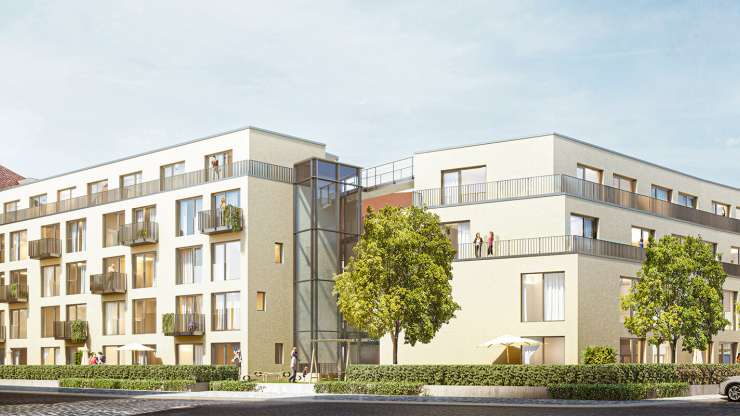 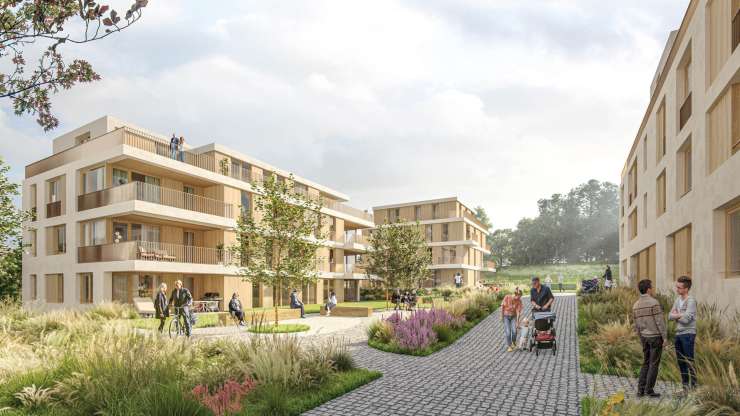 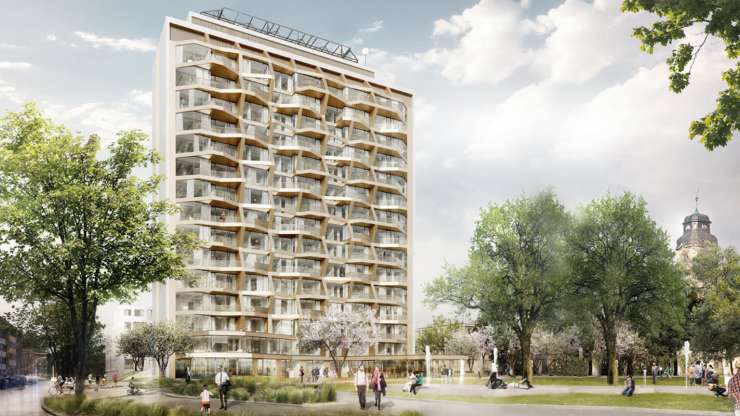 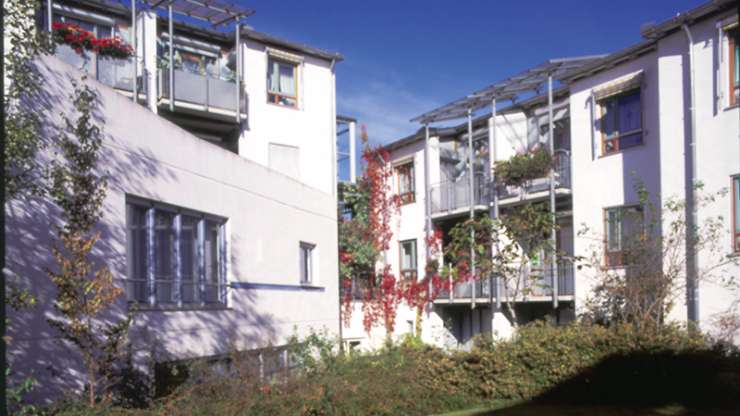 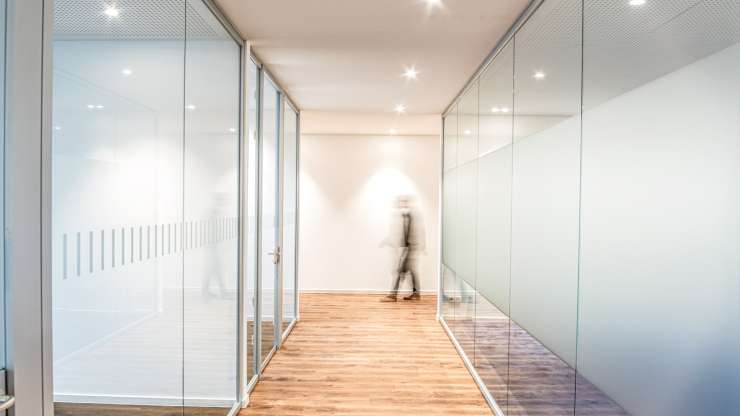 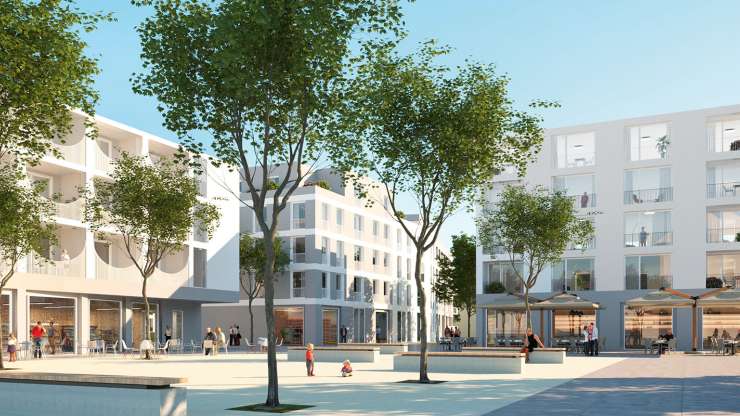 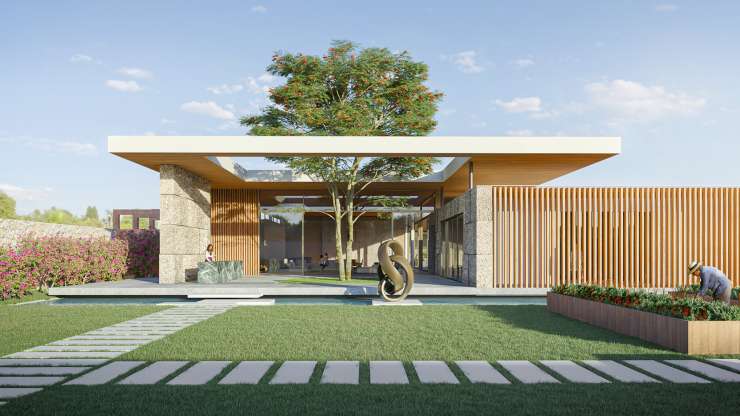